Expertise, ideas and resources about communications, coaching, writing, books and other things that make life more interesting, from Maitland Consulting. 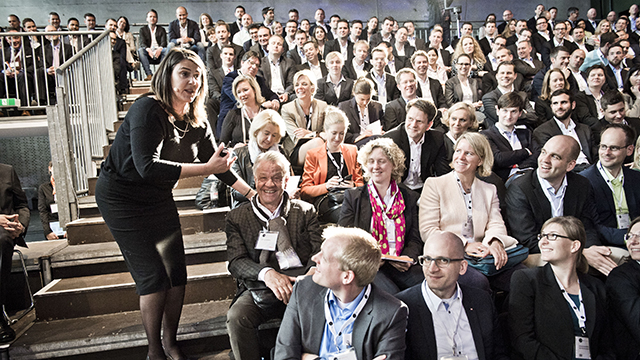 I’m an early adopter. Having loved Herminia Ibarra’s first book, Working Identity, I’m unsurprised by the hoopla surrounding her second,Act Like Leader, Think Like a Leader. And as an executive coach with a focus on helping clients build presence and confidence, it was great for me to see Ibarra communicate her thinking (and her self) in a recent Meyler Campbell lecture.
Ibarra is Professor of Organisational Behaviour at INSEAD. In essence, her message is simple. Rather than sit down in a darkened room and think what kind of leader you want to be, do things differently to be seen as a leader. As in Richard Pascale’s phrase; people are more likely to act their way into a new way of thinking, than think their way into a new way of acting.

One of Ibarra’s key concepts is ‘Outsight’, As opposed to insight which is based on self reflection about what you’ve done in the past. Outsight is the perspective you get when you try different things — take on a new project; work with different people, experiment with new ways of getting things done — and then observe the results of your actions (and the impact they have on how your organisation sees you). Ibarra suggests there are three ways you can generate outsight: END_OF_DOCUMENT_TOKEN_TO_BE_REPLACED 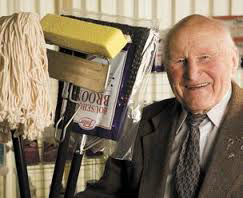 Daniel Pink, author of To Sell is Human argues that we’re all in sales now. His thesis is structured around the wonderful story of Norman Hall, the last Fuller Brush Man, still plying his trade around downtown San Francisco at the age of 75. Pink argues that while the brush salesman is a thing of the past, nowadays the rest of us spend around 41% of our time moving others; persuading people to part with something they have, in exchange for something we want.

Now, we all know that 57% of statistics are false, right? But one area where Pink is bang on the money is leadership communication. Now more than ever, one of a leader’s most important jobs is to move people. If you want to get technical, that can mean moving audiences along a change curve. If you don’t, it simply means shifting people’s ideas. (Think about the last time you went into a meeting with a particular point of view. Reflect on whether your position changed in the course of the meeting. Ask yourself what the other person said or did to make you shift, or move, your position).

All organisations find internal communication notoriously difficult. But one of the things we have learned is that getting leaders and line managers to play their part is crucial. If you’re in HR, it really, really, pays, not only for you to think about how you can involve your senior people in your communication exercise, but also to encourage them to think about what they need to do to move your employees; to persuade them of the arguments for change. And before you tell me that your senior folks don’t want to sully their hands with a pay communication, remind yourself – and them –‐ what proportion of your organisation’s budget the pay bill represents. Then start thinking how to get them involved. Your leaders may be in sales, but the chances are they don’t like it. Pink’s word cloud shows a range from responses to the word ‘sales’ that go from ‘pushy’ and ‘necessary’ to ‘slimy’. Certainly when I ask the leaders I coach what they think about sales, their bodies clench like a Venus Flytrap snagging a spider. If you’re an HR business partner, and you want to persuade your senior people to endorse a change (such as a new pay scheme), chances are you’ll face opposition on a number of fronts. Leaders may not want to ‘sell’ the programme – and may not have the skills to do so. They may want neither to expose their ignorance to the troops (“remind me what median means, again?”) nor to burn the midnight oil swotting up the details of the very lovely plan that you’ve designed. And even when you’ve finally persuaded them that of the benefits of having them involved, one of their first responses may be that a priority is for you to ‘spin’ it right.

Which gets to the heart of what Pink is about. We may all be in sales now, but that doesn’t mean that we all have to be polished. On the contrary, great leaders, such as those Jim Collins describes in Good to Great are often described as quiet, humble, modest and understated. These are tough economic times. But the skills that kept Norman Hall in business through countless recessions: interest, empathy, listening –‐ and the capacity not to spin the benefits of his products, but to convey them in his own words –‐ are as relevant today as when Norman Hall first sealed the deal on a green and white KitchenBrush 300 in 1971.

What are you going to be wearing when you’ve become who you want to be?

Call me shallow, but one of the best ways I’ve learned to help people figure out their desired future is to have 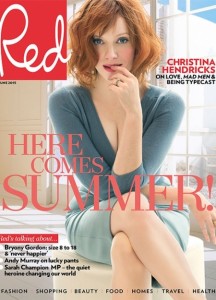 them think what they are going to be wearing once they’ve achieved it. Now, as it happens, I had a great coaching call first thing this morning while wearing a pair of elderly Princess Tam Tam PJs, still sexy, in my view, if a bit bobbled; flip flops and the indigo blue Three Dog Bakery t-shirt I bought in Santa Barbara in 2002. We did good work; I logged the time, hung up. All good. If I’d been working with my coach on this 10 years ago and said my Future Self would be working in elderly PJs, and aThree Dog Bakery etc. I would not have felt inspired. I’d have been seeing myself more in terms of the Diana von Furstenberg wrap dress, kitten heels and Lancôme Teint Idole which I had carefully applied after my blow dry at 06.30.

So when we play with how we can realise our best selves at work – which is what we are talking about – personal style is a great way to access what matters to us as individuals. At one level it’s superficial, but at another, it’s a doorway into our identity. There are loads of good ways both to find and to live your personal style. One of the best is to find your own personal stylist, be that online (I’m a huge fan of Alyson Walsh’s www.thatsnotmyage.com) or in person (pick your fave store and book a personal shopper just to get started, usually at no cost). Find a magazine cover that speaks to you, or log onto labels you love (www.winserlondon.com is currently making me feel I have come to safe harbour, clothes wise). Another tip is to pick three words that describe your personal style. The first two tend to come easily (classic, comfortable). It’s usually the third that skewers it; witty, dark, chrysanthemum. As Orson Wells – not your obvious style icon – said: style is knowing who you are and what you want to say. And that’s the starting point for great communication.