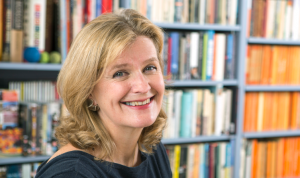 I’m Jane Maitland.  I set up Maitland Consulting in 1999 after working for  ten years as a communication consultant with Towers Perrin, now Towers Watson, and still one of the best compensation and benefits consultancies in the world.

While there, I learned how to help businesses such as Unilever, BP, the BBC and GSK communicate complicated but important information like performance, reward and employee benefits. TP’s merger with change consultancy, Kinsley Lord, and my own training at Birkbeck and with the Tavistock Consulting Services allowed me to build my change communication expertise. In particular, it encouraged me to bring change and OD approaches to an area – HR communications – where such approaches are rarely used.

Coaching training with the Coaches Training Institute, Time to Think, Bath Consultancy and Leadership Coaching, coupled with ongoing supervision, and collaboration with other coaches gave me the tools to help people figure out what they need to use their skills and realise their potential – with a particular focus around communication.

I hold an MA (Hons) in Politics and Philosophy and another MA in Creative Writing from Goldsmith’s.  My previous career includes running a primary school in Ladakh; working as a researcher at the the House of Commons and LWT and writing articles and short stories for women’s magazines. Since 2007, I’ve been training to teach mindfulness through the University of Bangor. I’m happily married to an academic, Robert, own a fox terrier, Henry (below) and live and work in Greenwich/Gloucestershire.

Since setting up the business, I have built up a network of consultants, trainers, coaches, writers, actors and graphic designers with whom to partner on projects.  They all have extensive professional and business experience.  And they are all nice people to work with. Life is too short for anything else.  Associates include:

Kate Lye is a smart cookie. Trained in organisational behaviour and psychology, she uses her experience to work what she

calls the sweet spot between individual and organisational behaviour. She specialises in change management, leadership development and communication. She works primarily with leaders, and has a formidable capacity to see things from a business – as well as a people – perspective.

Kate started her consulting career working for Andersen Consulting and then specialist consulting firms in the UK and US. She was a Partner with Smythe Dorward Lambert, and worked with Stanton Marris before setting up her own business. She now teaches as part of the faculty for Duke Corporate Education and has taught and coached on programmes for Saïd and Columbia Business Schools. She is based in London. Clients include AstraZeneca, Ericsson and Goldman Sachs.

Julia Lampshire is a business psychologist, consultant and OD specialist,as well as being one of the most creative yet 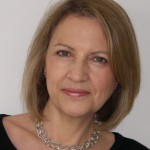 detail-oriented people I know. Trained as a business psychologist, then as a psychotherapist, she has reinvented herself successfully every seven years or so, each time building on her previous skills and experience.

I call Julia a Competency Queen, but she is much more than that. She has a spectacular knowledge of HR processes such as job evaluation and performance management. And her capacity to explain and train people in such processes is unparalleled. The CIPD commissioned her to create their Coaching and Mentoring training materials – which rather suggests they share my opinion.

Julia was a Partner at Towers Perrin where she was UK Head of HR Management Consulting. Before that, she was a business psychologist. She has a degree in Psychology and is a Chartered Psychologist. She is based in West Essex. Clients include London Business School, the British Library and Ofcom. 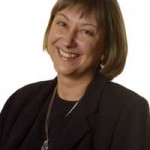 public and private sectors. I worked with her at Towers Perrin. There, and subsequently, I have been amazed at her capacity to stay on top of the complexities of reward and performance management – as well as her capacity for sheer hard work. I have never worked with anyone better able to roll up her sleeves and find out so much about what makes an organisation tick.

Before setting up her own business 1998, Ann was a Partner at Towers Perrin where she co-led the U.K rewards practice and designed and delivered training programmes on topics such as job evaluation and equal pay. Before that, she worked at the BBC. She holds a BA in Philosophy and Politics from Oxford and an MA in Manpower Studies.  She has co-authored three books on reward management with Michael Armstrong.  Ann is based in Derbyshire but spends much of her time working in London and the South.

Sue Jenkins is the only one of my friends to have stood for Parliament (on a Labour ticket in Richmond Park in 1997).

Nowadays, she consults and advises leaders and specialises in integrating strategy, organisation and people. She is a ball of energy with a formidable capacity to interpret organisational dynamics in a way that makes sense. She read Economics at Cambridge then took an MBA at INSEAD, specialising in Strategy and Organisation Behaviour.

Before going independent, Sue worked in Human Resources and OD for Unilever, SmithKlineBeecham, Arthur Andersen and Hasbro. She was a non-exec director of NHS Richmond until 2011. Now based near Taunton, her clients, which include the World Society for the Protection of Animals and EveryChild, are all in the international development arena.

Henry the Office Dog When I started the business in 1998, I thought about calling it One Woman and her Dog Consulting. My husband persuaded me otherwise. But I’m firmly of the view that an office dog contributes massively to our health, well being and sanity. Henry certainly does.